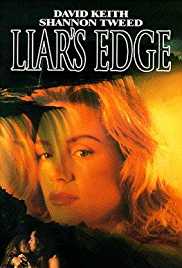 Liar’s Edge (1992) Online Watch Movie.
Directed by: Ron Oliver.
Released: 1992.
Runtime: 95 min.
Genres: Drama, Thriller.
Countries: Canada.
Language: English.
Also Known As: Intimate Delusions.
Movie Info: IMDb.Actors: Nicholas Shields, Shannon Tweed, David Keith.
Plot: A child is traumatized when his father, a stuntman, dies in an attempt to go over Niagara Falls. Later, his mother meets and marries a truck driver, and things seem to be going OK. Then the new husband’s creepy brother shows up, and the boy begins to get a sense that neither of the brothers is quite what they claim to be.