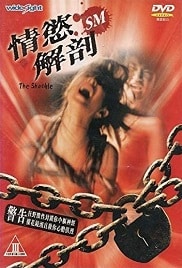 Shackle (2000) Online Watch Movie.
Directed by: Myeong-hwa Jo.
Released: 2000.
Runtime: 88 min.
Genres: Thriller.
Countries: South Korea.
Language: Korean.
Also Known As: Saseul.
Movie Info: IMDb.
Actors: Mi-o Ryu, Cheol Yu, Jae-yeong Ha.
Plot: Yu-chol is an unknown writer. People don’t like his works because they are not public-oriented. His parents died in an airplane crash. Despite his lack of success as a writer, he is financially secure from money obtained from an insurance company. However, he is lonely. He secretly lusts after the woman next door, who has a husband and children. Misunderstanding the woman’s kindness towards him as mutual love, the psychotic man decides to “rescue” her from her husband..