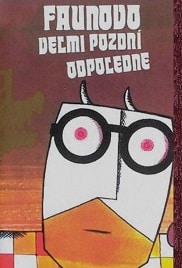 The Very Late Afternoon of a Faun (1983) Online Watch Movie.
Directed by: Vera Chytilová.
Released: 1983.
Runtime: 95 min.
Genres: Comedy.
Countries: Czechoslovakia.
Language: Czech.
Also Known As: Faunovo velmi pozdní odpoledne.
Movie Info: IMDb.Actors: Leos Sucharípa, Libuse Pospísilová, Vlasta Spicnerová.
Plot: This film was made as a kind of a “protest-song” against the panic fear of getting old and also against flirtation. The main character (played by Leos Sucharípa) is an elderly man, admittedly competent, but not very responsible. In the continuous fear, he is trying to do as much as he can but, instead of confidence, he only finds out that in the real life one cannot just take but must give as well. Last but not least, one must be able to resign to his age.