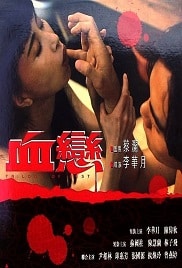 Trilogy of Lust (1995) Online Watch Movie.
Directed by: Julie Lee, Tun Fei Mou.
Released: 1995.
Runtime: 87 min.
Genres: Crime, Drama, Horror.
Countries: Hong Kong.
Language: English.
Also Known As: Xue lian, Trilogy of Love.
Movie Info: IMDb.Actors: Julie Lee, Wai-Dik Chan, Wai-Lan Chan.
Plot: After getting kicked out of med school for cheating, Yik-sang makes a living as a fisherman on one of Hong Kong’s outlying islands. Desperate for female companionship, Yik-sang buys a Mainland bride named Chi (Lee). An intellectual who suffered through hell during the Cultural Revolution, Chi believes that the worst of her life is over. Yet when she is subjected to Yik-sang’s bizarre medical examinations and his fiery temper tantrums, she realizes that she is mistaken. She finds solace in the arms of hunky vegetable salesman Un (Chan Wai-dik) and soon they are having regular trysts amid masses of writhing eels. When Yik-sang’s aunt tries to blackmail them, Un kills her and disposes of the body. Soon other bodies start piling up.