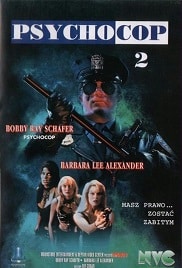 Psycho Cop Returns (1993) Online Watch Movie.
Directed by: Adam Rifkin.
Released: 1993.
Runtime: 85 min.
Genres: Drama, Horror, Thriller.
Countries: USA.
Language: English.
Also Known As: Psycho Cop 2.
Movie Info: IMDb.Actors: Robert R. Shafer, Barbara Niven, Rod Sweitzer.
Plot: A group of office workers decide to have a party in the office building. Among other things, they want to have some drugs there. Their conversation on the subject is overheard by Joe Vickers, which is rather unfortunate for them, since Joe Vickers is a policeman. Even more unfortunate is the fact that Vickers is also an undead psychotic satanist, and instead of arresting them, he will make sure that nobody leaves the party alive.